A Guide to the Crypto Markets Q4 2022: the highlights 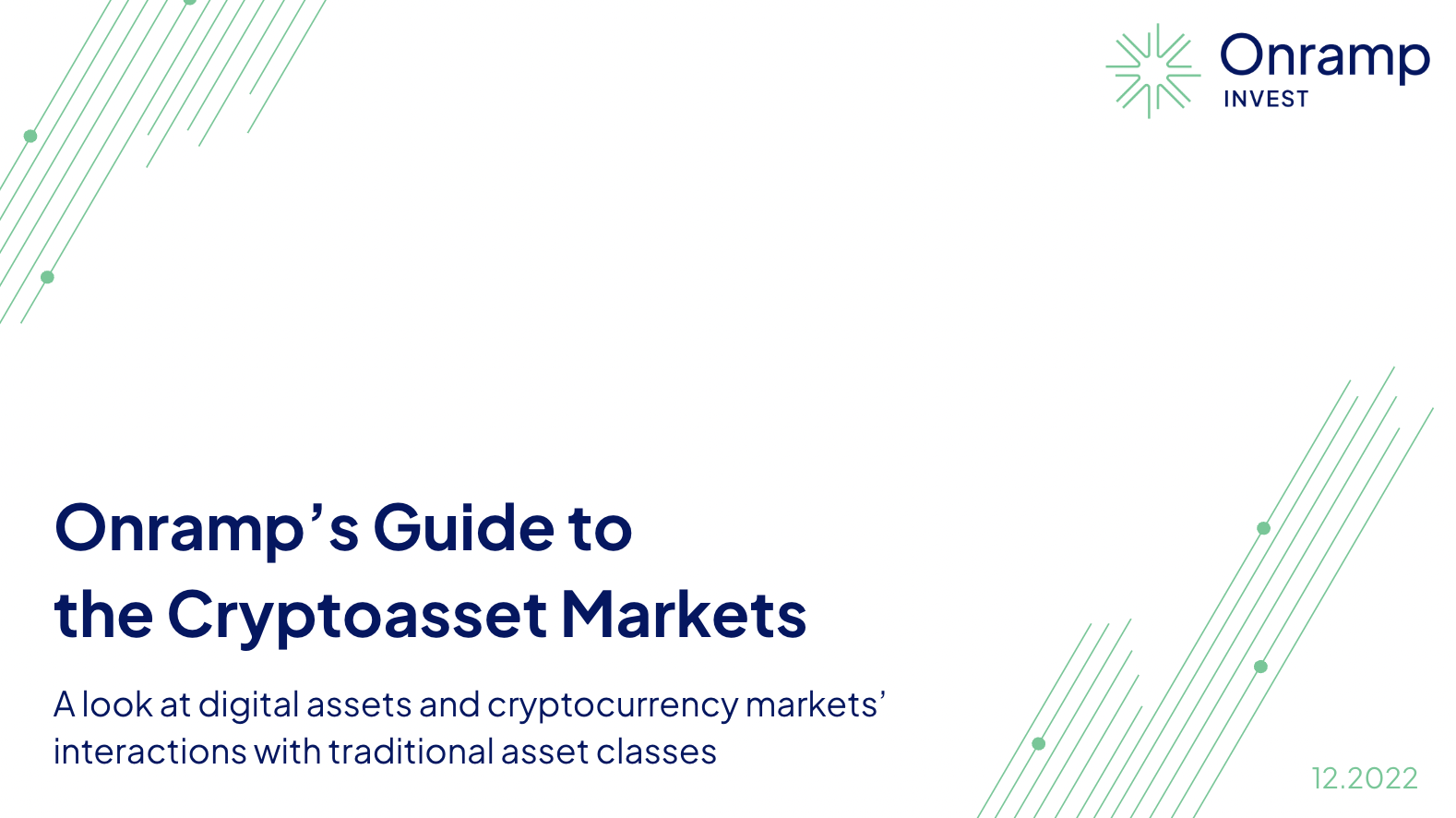 Just like the traditional market, movements in the digital market can be identified through patterns that tend to repeat over multiple cycles. Our deep-dive into the fluctuations seen throughout the last quarter of 2022 yield insights into a rapidly shifting market and depict what could be signs of a bright, robust future for the coming year. You can find the full version of this report on our Academy, but here are the highlights:

Correlations in both markets

Highlight: Low-correlation assets are a crucial part of any portfolio, providing diversification and balance for client investments. Even with correlation increasing over the past year, BTC and ETH continue to show a low correlation to the traditional market over longer periods of time.

Meanwhile, the correlation between assets within the cryptocurrency market remain incredibly high, with bitcoin continuing to hold its place as the most dominant asset. When bitcoin moves, typically so does everything else, and typically in the same direction.

Point being: These pains are reflected in the traditional market, too. Similarly to that, it could be said that crypto investors who were willing to weather the volatility and have a low time preference have historically seen enormous value appreciation.

Also, the crypto market has been known to move in four year cycles most likely due to bitcoin’s halving events occurring every four years. Historically, bitcoin has seen 3 consecutive years of positive returns followed by one down year.

Highlight: As you can see above, bitcoin’s volatility has been consistently low over the last year. When you look at the patterns, you can see that low volatility for Bitcoin usually signals the end of a bear market, with a jump occurring shortly after. This most recent stint could be a sign that we’ve found the bottom of this bear market and will see a shift in 2023.

Crypto’s performance in a modern portfolio

Highlight: Due to bitcoin’s low correlation to other assets and its historical return profile, adding just a small amount to a diversified portfolio significantly increases the sharpe ratio of that portfolio. In other words, bitcoin has predominantly increased returns without adding much additional risk when sized properly.

There’s more where that came from

Want to learn more? Check out the full report on our Advisor Academy. It’s free and it has everything you need to talk to your clients about the growing digital asset market.