Explain Bitcoin to Me Like I’m a 5th Grader 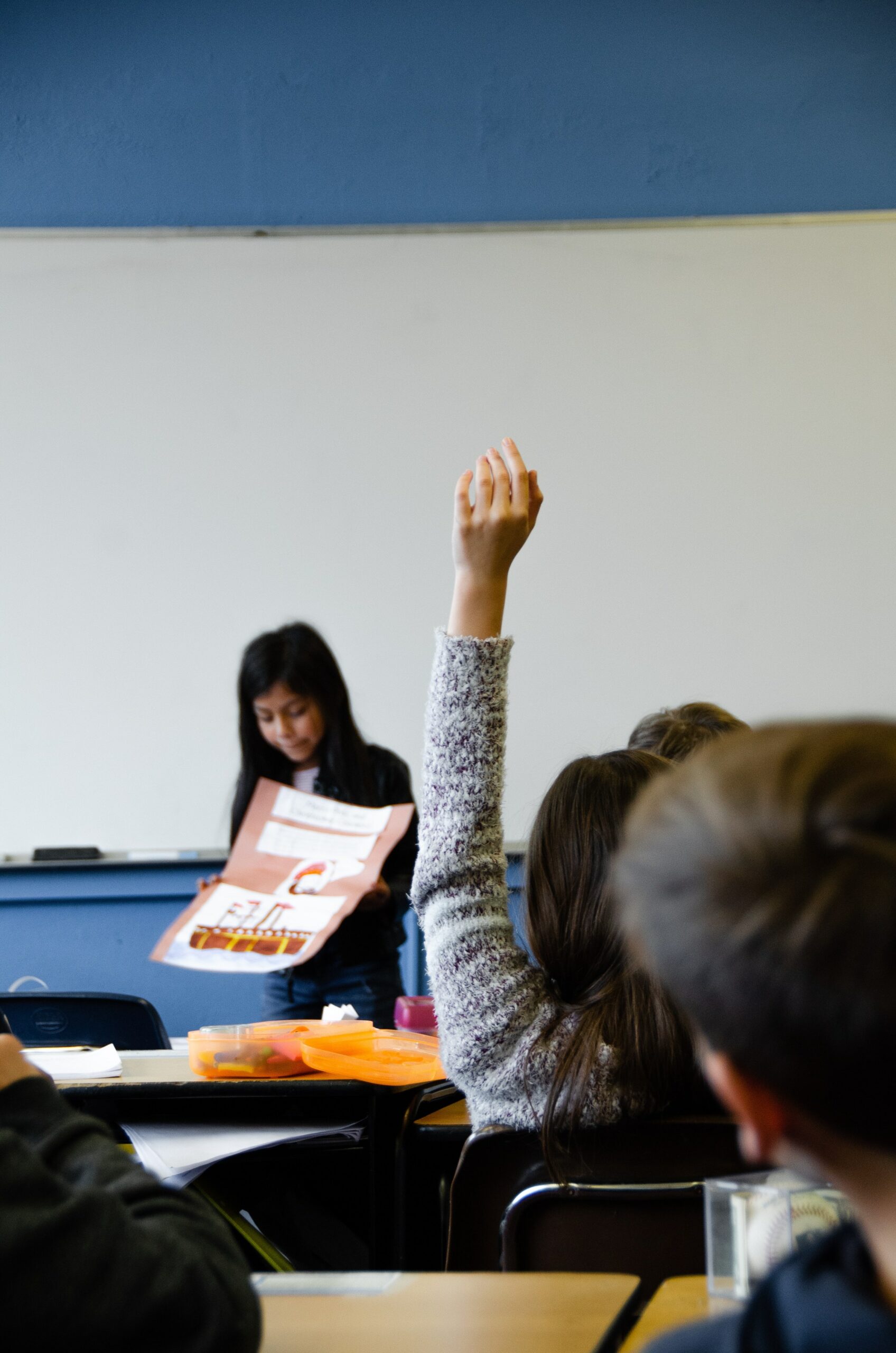 Bitcoin was born out of the Great Financial Crisis of 2008, which eroded the public’s trust in the traditional financial system due to the bailouts of banks that were deemed “too big to fail.” In response, an anonymous figure calling herself (or themselves) Satoshi Nakamoto, released a whitepaper outlining the creation of a decentralized digital currency called bitcoin. Since then, bitcoin’s value, adoption, and importance have grown exponentially. Despite its popularity amongst a rapidly growing number of bitcoin believers, the vast majority of people understand very little about bitcoin.

Before we get to why it was created, how it is currently being used, and what the future holds for bitcoin, let’s start with a basic question: What is bitcoin? In its simplest form, bitcoin is a digital currency or digital money.

Bitcoin is most easily understood by separating the blockchain technology that powers the network and bitcoin, the digital currency.

The underlying Bitcoin protocol (with a capital B) is simply a ledger of all transactions that occur on the network. These transactions are grouped together into “blocks” that computers on the network (aka miners) validate and secure using a cryptographic process (aka mining). These blocks are created in chronological order thus creating a chain of blocks. This is why it’s called a blockchain. The Bitcoin blockchain is decentralized meaning it’s not controlled by any one individual or organization and is accessible to anyone with an internet connection. Moreover, the entire ledger of transactions is available for anyone to view at any time thus providing a level of transparency and trust that’s never been possible before.

The reason blockchain technology is one of the most important financial innovations of our lifetime is that for the first time ever, we now have digital scarcity. Prior to blockchains, if you sent a digital asset (such as a picture) to someone over the internet, what you really were doing was sending a copy of that picture and thus the file now existed in two places. If that person then forwarded that same picture to five other people, there were now seven identical copies of that file in existence. While this is fine for images, this becomes a problem for transmitting money digitally as it would allow the sender to spend the same dollar multiple times. Thus, third-party middlemen such as PayPal have always been required to keep track of any money sent digitally (aka maintain a ledger of transactions). Satoshi solved this “Double Spend” problem so that a digital asset can be scarce, and ownership can be transferred without the need for middlemen.

This brings us to bitcoin (with a lowercase b), the digital currency. Because the blockchain requires computational power to run and stay secure, Satoshi needed a way to incentive miners to contribute computational power despite incurring real-world costs such as servers and electricity. As a reward for mining a block, miners are issued bitcoin which can be used to store or transfer value between two parties. Because the network is fully decentralized, bitcoin can be sent from one party to another anywhere in the world without the need for intermediaries. These transactions occur nearly instantly and cost fractions of a penny to execute which is an enormous improvement on the legacy financial infrastructure.

Bitcoin is referred to as a cryptocurrency because of the cryptographic process used to verify all transactions and keep the computer network it lives on secure. Because it’s digital, bitcoin is also able to be divided into small amounts, the smallest called a satoshi which represents 0.00000001 of a bitcoin. So, no matter how much a bitcoin is worth, investors are able to purchase small amounts of it if desired, making it easily accessible to everyone.

Another key aspect of bitcoin is its monetary policy. The total number of bitcoin that will ever be created is capped at 21 million. Thus, unlike other assets such as gold which have relative scarcity, bitcoin has absolute scarcity. Since its creation in 2009, new bitcoin has steadily been released and will continue to be released until the last bitcoin is mined in the year 2140.

There is one last piece to bitcoin’s monetary policy to understand: the Halving.  Every 210,000 blocks, or roughly just under 4 years, the issuance of new bitcoin per block gets cut in half.  When bitcoin was first released, each block carried a 50 BTC reward. In November 2012, bitcoin experienced its first halving event in which the per block issuance was decreased to 25. In July 2016, the second halving occurred and then in May 2020, the third halving happened leaving 6.25 BTC issued per block. In 2024, the next halving will occur, and the supply issuance will be cut in half again.

With its capped supply, transparent supply issuance, and the inability of any single entity to change it, bitcoin’s monetary policy is the exact opposite of all fiat currencies in existence and for that reason, is considered a viable store of value and inflation hedge.

What Can You Do With Bitcoin? The Answer Is a Lot.

The first thing bitcoin is good for is a store of value. A store of value is an asset, commodity, or currency that maintains its worth and therefore can be exchanged in the future without deteriorating in value. Viewed in this light, it’s pretty clear that all fiat currencies are a horrible store of value assets. Cash is useful to transact within the present-day and valuable to keep for short-term liquidity. However, as a store of value over a longer period of time, its track record is terrible. According to the work of economist Steven Hanke, more than 50 hyperinflation episodes of fiat monetary systems have taken place around the world in the past century.  According to The Fed’s Consumer Price Index, $1 in 1913 (the year The Federal Reserve was established) would buy you roughly what would require $26.15 in 2020. That is a cumulative loss of a little over 96% in purchasing power from the most dependable fiat currency in the world during that time span.

Therefore, those that can afford to do so, invest their wealth into assets such as stocks, bonds, real estate, private companies, collectibles, and other hard assets. They put that wealth into assets that are likely to appreciate, or at the very least maintain their value. Bitcoin has been the fastest appreciating asset for over a decade, having grown from $0 to a high of $68,000 in November 2021. Holding onto bitcoin isn’t easy to do because the price moves around a lot. Sometimes investors refer to bitcoin as “digital gold” because it has similar characteristics, and both are viewed as a hedge against inflation.

Secondly, bitcoin can be used to send money quickly and cheaply throughout the world; Prior to bitcoin, it would take days, if not longer to send money internationally and is often quite costly. For example, it could cost up to $30 to send $100 dollars to another family member because of the fees banks charge. Think about how many more groceries your family could buy if it only cost pennies to send the same $100 dollars. In addition to being able to send bitcoin cheaply, you don’t need a bank account to send or receive bitcoin. It might be hard to believe, but many families do not have access to banks or cannot get a bank account, which makes managing their money very hard to do. With bitcoin, those same families only need access to the internet– with a smartphone someone can create an account to send, receive, and manage bitcoin giving them access to their own bank. Thanks to bitcoin, more money is making it to families, less is going to companies and middlemen, foreign and domestic, and more families are able to manage their finances.

Finally, bitcoin is increasingly being used as an exchange of value, which is just another way of saying they spend it to buy goods and services. In locations such as El Salvador, India, and Nigeria, bitcoin is already a better medium of exchange than the payment systems those countries currently have in place. As a result, people throughout the world are increasingly using bitcoin as a medium of exchange just like you would spend your dollars to buy groceries or video games.

The future of bitcoin is unknown, but it is hard to imagine a world without it. Bitcoin has changed the ways in which families can manage their finances, and the ways that businesses can operate, and has inspired new projects designed to continue giving people more access and control over their finances. Thanks to bitcoin, along with the other cryptocurrencies and technology that were inspired by Satoshi’s creation, more families now have the ability to take control of their financial lives and create better lives for themselves and their loved ones.